Have you ever pasted working a bash script or piece of code into a text editor and had it fail to work when you copied it back out later? You’ve probably fallen victim to smart quotes, smart dashes, or automatic spelling correction.

For example, during development I write scripts in Evernote and two very common things happen:

In Mac OS we can fix this in a few steps:

You’re done! Now your settings should look like this and these “smart” features will never bother you again: 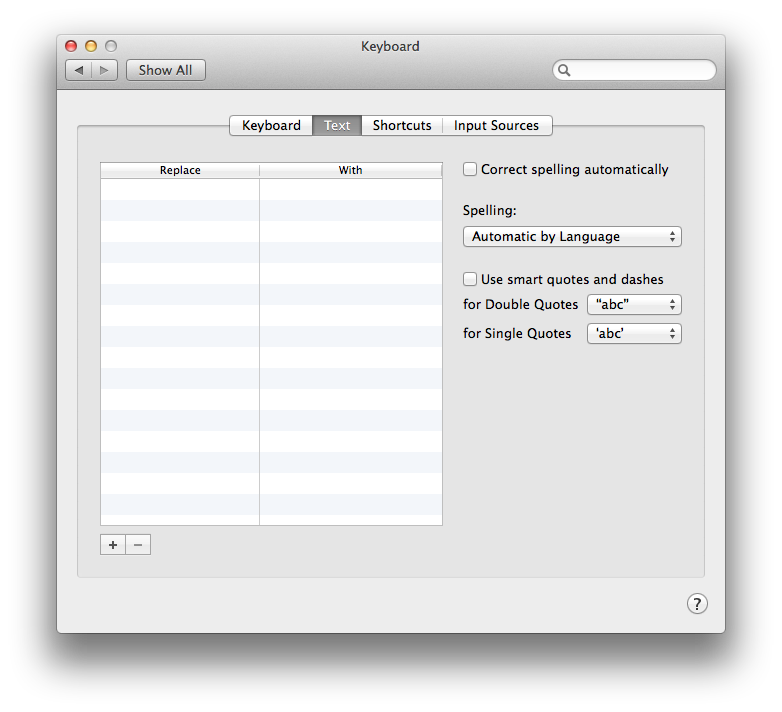